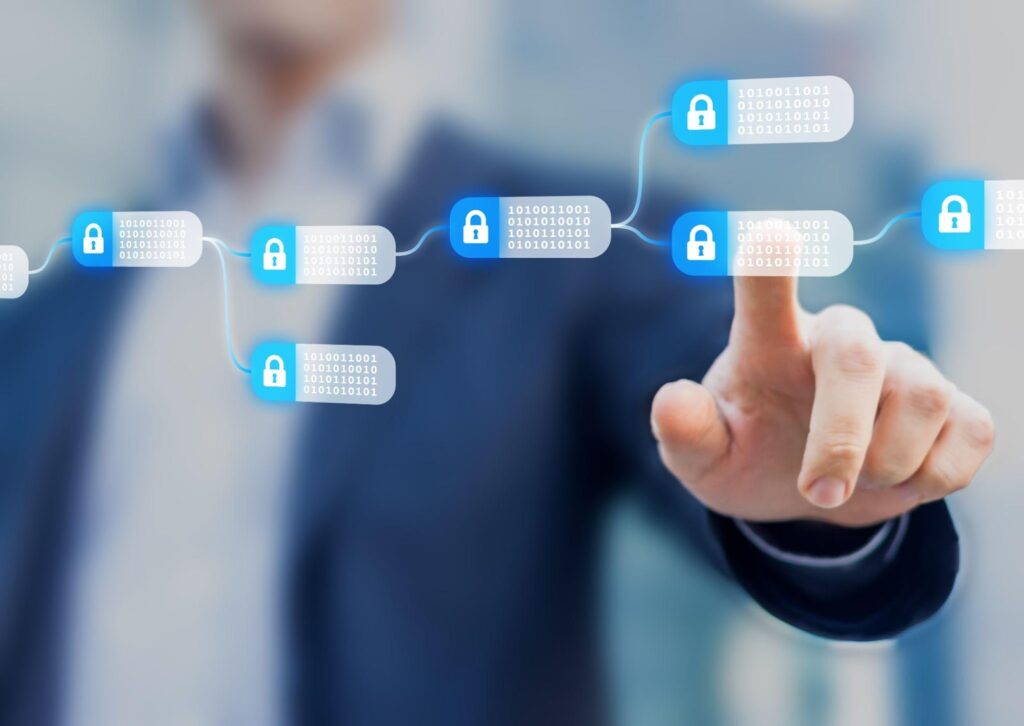 In the last few years, there has been a lot of talk concerning how the title insurance industry will change with the introduction of blockchain. There’s no doubt that the title insurance industry has been advancing toward a digital transformation. In these times, it only makes sense that we would identify which technologies can change the industry, all while offering the most benefits. Blockchain has undoubtedly proven to be one of the most exciting technologies poised to impact the industry. So let’s dive into the fuss of blockchain and title insurance.

Today, Tryon Title will be exploring what blockchain is, its benefits, and its impact on the title insurance industry. With more than 25 percent of title reports detailing some form of defect to the title, blockchain stands to offer new means of accessing ownership information and lowering the costs to obtain an abstract of the title. But how will it change the industry as we know it? 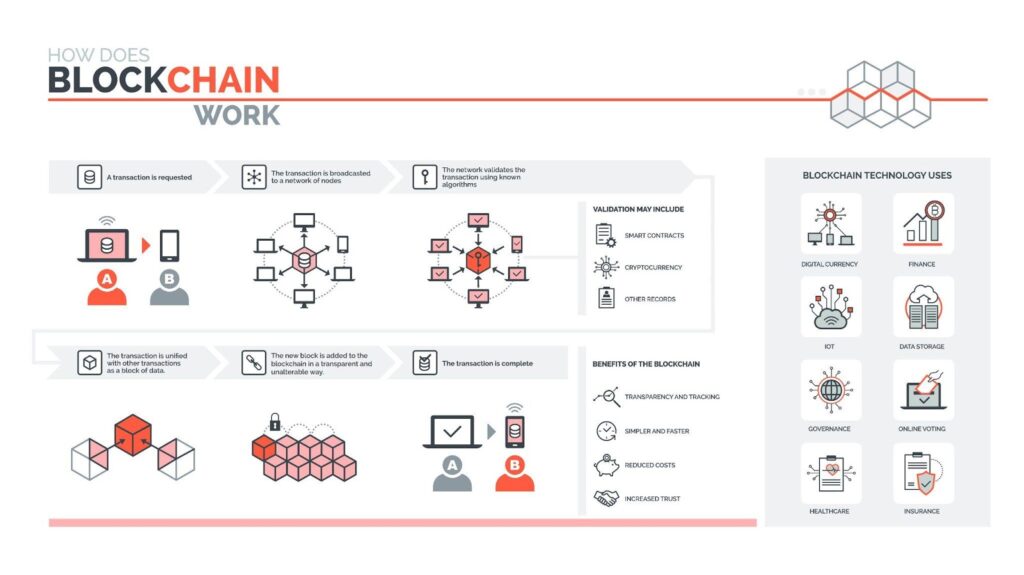 Essentially, a blockchain is a database responsible for maintaining a digital record of transactions. The term “blockchain” refers to the structure itself whereby individual records (or transactions) are known as “blocks” that are “chained” together within a single list. Blockchains are most widely known for recording cryptocurrency transactions, such as Ethereum smart contract execution and Bitcoin.

Whenever a transaction is included in a blockchain, it is both verified and validated by multiple computers via the internet. The need for the centralized recording of transactions is all but eliminated as these computer networks are specifically configured to allow peer-to-peer transactions. In this way, the network of computers can coordinate, ensuring that each transaction is validated before including it in the blockchain.

It should also be noted that when transactions are recorded within a blockchain, they are intentionally difficult to alter past transactions. This is because to make a change, all subsequent blocks would have to be changed first as they are all “chained” together. But how will blockchain be used within the title insurance industry?

What Are the Benefits of Blockchain For the Title Insurance Industry?

If a hacker could hack into a blockchain block, any altering of the ledger would be both immediately and permanently visible. If alterations were made to a block, any transaction that doesn’t match every subsequent transaction would be corrected by the others via consensus. This process means that each copy of the blockchain stored by each node is identical.

Despite the added security that blockchain will provide, human involvement will remain a critical part of the process. After all, this will be necessary to resolve situations flagged by the blockchain to ensure the integrity of the records. In this way, there will still be a continued reliance on the title insurance industry to clear all defects affecting a title.

One of the most significant ways that the title insurance industry will benefit from using blockchain is through smart contracts. Smart contracts are a form of e-closing that is beginning to be embraced by the real estate industry. More than 1,700 out of 3,000 counties in the United States have created an e-recording platform. Many banks are also starting to adopt technologies that turn their documentation into e-docs. With blockchain and the widespread acceptance of this form of technology, smart contracts are expected to become more of the norm.

With a smart contract supported by blockchain, it will be possible to automatically update ownership and transfer funds between parties, all with just a few clicks. This is a massive benefit for the industry as the closing process would revolutionarily change, becoming more effortless than today’s standard means of closing.

Another way that blockchain will benefit the title insurance industry is through a significant improvement of record-keeping. While fraud and tampering are currently huge concerns for title insurance companies, blockchain technology is expected to all but eliminate these instances within ownership records. Furthermore, it would convert land records to a distributed ledger. As stated before, no record can be altered within a blockchain without updating all previous records. Every record would have to be given the okay by trusted parties when updated to the chain.

Blockchain will offer added security that hasn’t been a part of title record-keeping up to this point. Blockchain, by design, will prevent bad information from disrupting the chain. Additionally, any attempts to tamper with the chain will be much more easily detected and avoided. This is a massive upgrade from the current county ledger that title insurance companies currently find themselves working with.

Because the use of blockchain will mean secure, real-time data that eliminates the need for a third-party intermediary to either advance processes or reconcile information, blockchain will majorly improve efficiency. Further, this will significantly reduce manual costs and delays. Blockchain can also make searches of land records faster and more efficient by aggregating and associating records relative to each property.

Thirty percent of all title insurance losses are fraud-related. By adopting a safer land registry database, there is a potential to save the real estate industry between 2 and 4 billion in costs, according to the 2016 report by Goldman Sachs.

How Will Blockchain Impact the Industry?

Now that you understand the benefits secured by blockchain related to the title insurance industry, you may be wondering about the impact we expect to see. While some have supported the idea that the introduction of blockchain will eliminate the need for title insurance entirely, this couldn’t be further from the truth. While blockchain will certainly offer benefits to title insurers, it isn’t likely to overrule their value altogether. There are two main reasons for this: state law considerations and risk mitigation.

Let’s start by discussing state law considerations. When a grantee of real property gives proper notice that they own a specific parcel of real estate, they are tasked with recording their deed in compliance with their state’s recording statute. In most cases, the state’s recording statute will require that a deed is recorded within the county’s official records to provide constructive notice. Most of these statutes do not allow for constructive notice given through blockchain. Because of this, each state’s law would have to be amended accordingly to qualify for this process. We don’t expect this change to take place anytime soon.

Blockchains are suitable for creating a secure chain of potentially unalterable ownership. Still, record matters aren’t the only thing impacting a title’s marketability. In this way, even with all of blockchain technology’s potential, it will never entirely eliminate disputes over property rights. Title insurance, on the other hand, offers those insured protections. For this reason, title insurance will likely remain necessary as a valuable tool if disputes arise over ownership despite the utilization of blockchain technology in the industry.

If you’re looking for a title insurance company that keeps your needs at the forefront, look no further than Tryon Title. We are North Carolina’s top independent title insurance agency and believe in the power of title insurance to protect you. As the industry changes, we have made it our mission to adapt, always presenting the best quality of service available.

We look forward to serving you as your dedicated title insurance agency- contact us today for assistance!